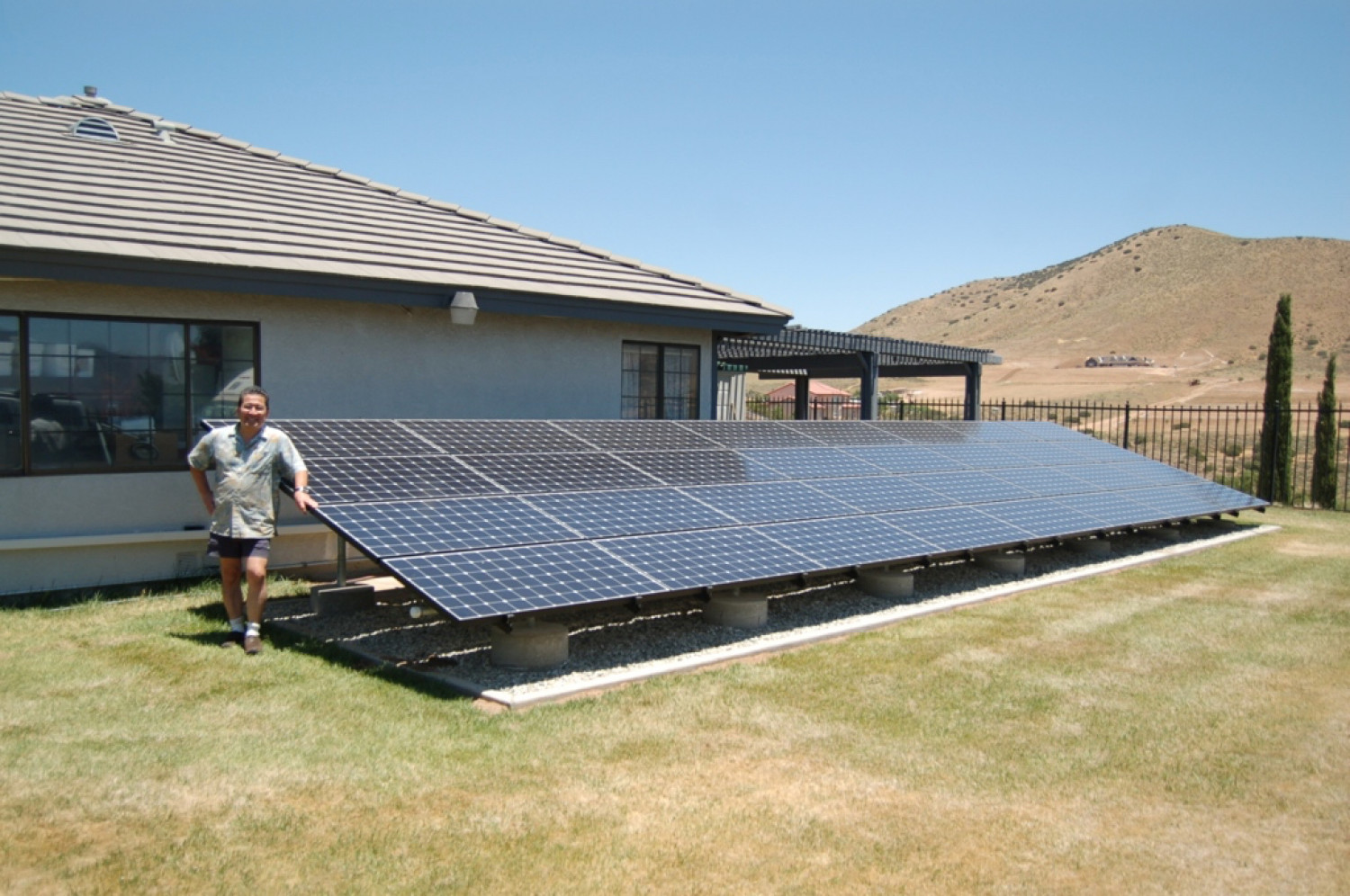 I formed strong opinions about what combination of panels / inverters I wanted during the sales process. I spoke with about 6 sales reps and spent a lot of time learning on the internet. I went with 26 LG 365 watt panels tied to Enphase QA7 microinverters. My biggest reasons were that Enphase gives me panel level production monitoring as well as consumption monitoring and their microinverters seem to last twice as long as String inverters,,, especially in high heat environments. I had originally moved on from Keith as he was representing SunPower and I wasn't interested in their system for the reasons stated above. When I made my decision, my favorite installer came back with a price that was far too high. Keith had kept in touch and warned me to switch to Southern California Edison's TOU plan before March 2019 deadline when it was due to change (worse). I appreciated that (It has already saved me significant money). As a result, I contacted Keith with a price I thought was fair for the equipment I wanted and he was able to come through a few dollars cheaper through his side business KG Solar Solutions. He set me up with Bright Life Solar who did the install. I included a non standard request to create a connection for my portable generator to the main electrical box while they were at it. Keith and Bright Life honored this request and I now have a system designed to my own personal specifications. As the sales guy, Keith stayed on top of the process from beginning to end. All of my concerns were addressed and I have a very nice solar system generating consistent reliable power for decades to come. I feel that Keith was honest, knowledgeable and reliable. I would recommend him and plan to make him my first call when it is time to add battery backups to the system to combat SCE's price gouging during evening hours when the sun dies down.

I would highly recommend Keith to anyone who is looking at Solar energy. He showed us all our options and quoted us the best price. It has saved us thousands. I referred him to my parents and he did the same for them. But what really set him apart was his integrity. When I referred him to look at my in-laws, he could have sold them something to get more business but instead he told them after reviewing their options, that solar wouldn't be a wise decision for them in their situation. It's so nice to have a professional consultant in this business who will not push you into anything but instead will honestly lead you to the best choice for you and your family. I will continue to refer him to all of my friends and family members in the future.

We needed a large 40 panel array on our house and I was extremely nervous about the expense so I did a LOT of homework before pulling the trigger. I looked at different companies for over 6 months and met with about 7 or 8 installers personally at my house.... and Keith Graves was the standout and by far the FAVORITE for both myself and my wife. I also got a list of Keith's past customers and talked with about 15 of them and they were all 100% satisfied and happy. It's now been a year and a half since my install and Keith has continued to stay engaged with our project and sends me information on the solar industry as well as frequent efficiency status updates on my system. I'm completely happy and know I made the right choice.

I highly recommend Keith for your solar needs. His team was able to install my panels quickly and without any hassle. The results are amazing, and I really appreciate the great lengths they go to ensuring the system blends in well with the home. I am glad I was given several options and am confident I ended up with exactly what we needed. Really looking forward to generating my own electricity and relying less on the grid. I am glad to have Keith as my solar consultant and have been recommending him to my friends and family. He was able to answer all my questions and manage the entire project -- really appreciate the personal touch!

KG Solutions provided my solar photovoltaic system over 6 years ago. I am extremely pleased with the resulting cost savings, and particularly the follow up from KG Solutions.

The ongoing contact, concern, and follow up from KG Solutions reinforces that I made the right decision when looking for a solar solution to my high electric bills.